The Junior Chamber of Commerce had a "beauty" contest to name four Misses in connection with "Clean-up", "Paint-up", "Fix-up" week.    It was held in the Hotel Muehlebach's Music Room, Mezzanine Level.  Herb Harper was the photographer. 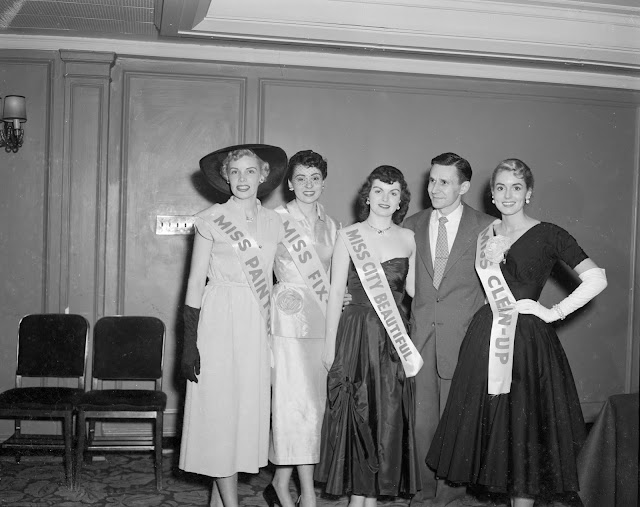 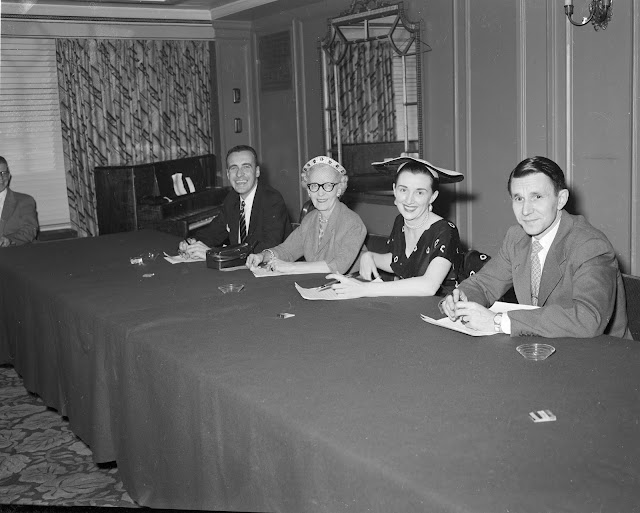 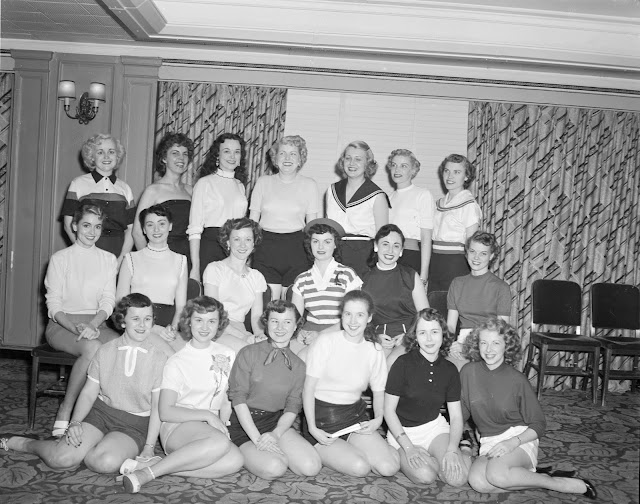 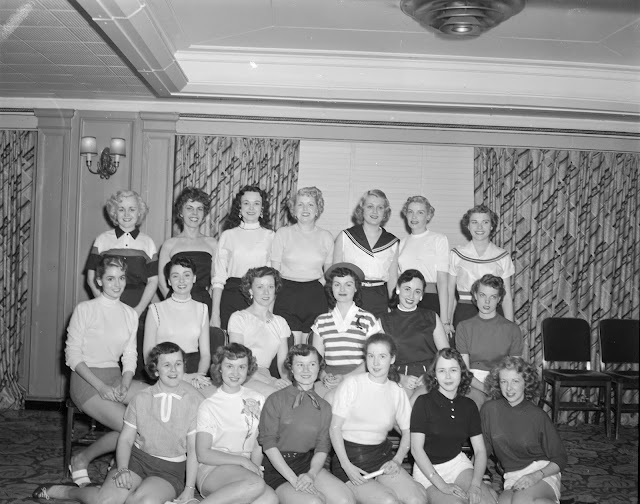 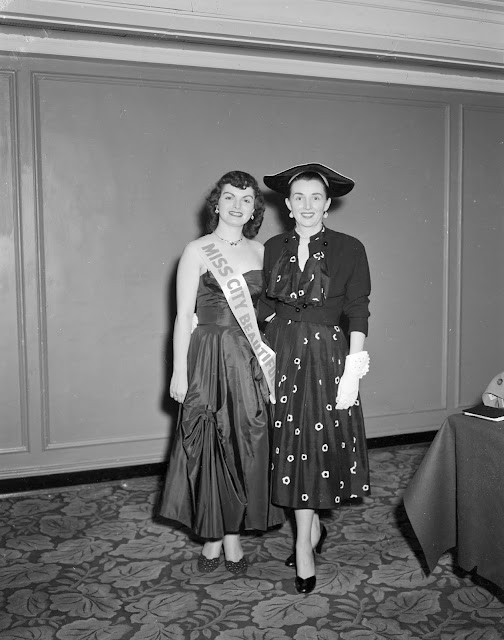 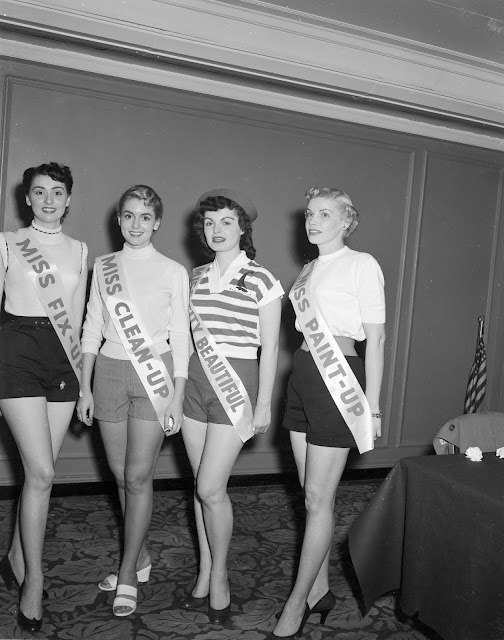 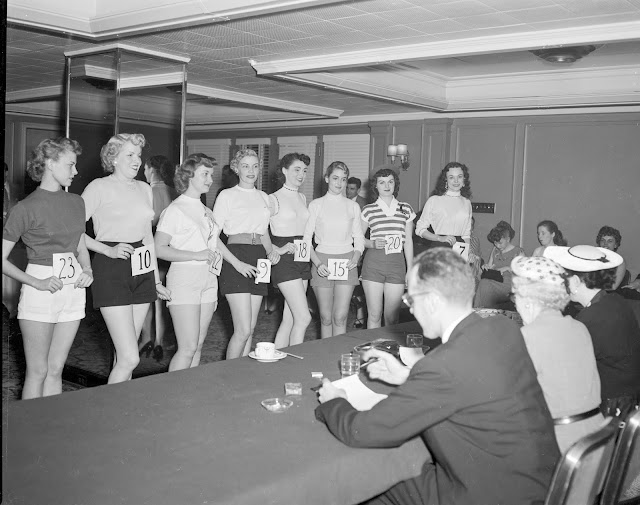 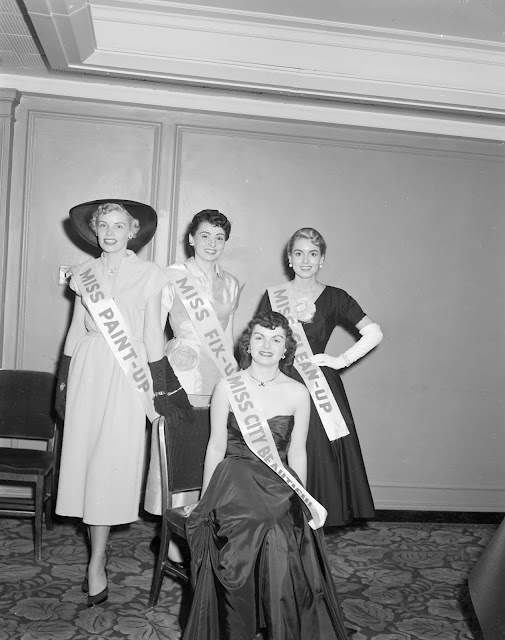 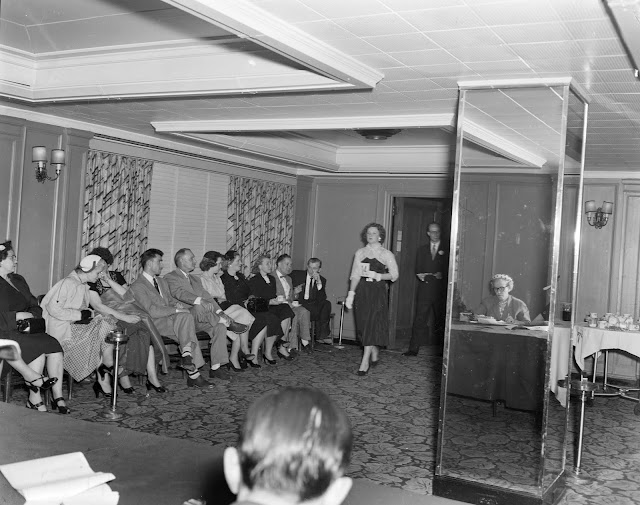 Posted by Hyperblogal at 9:23 AM No comments:

In Memory Of Snows Past 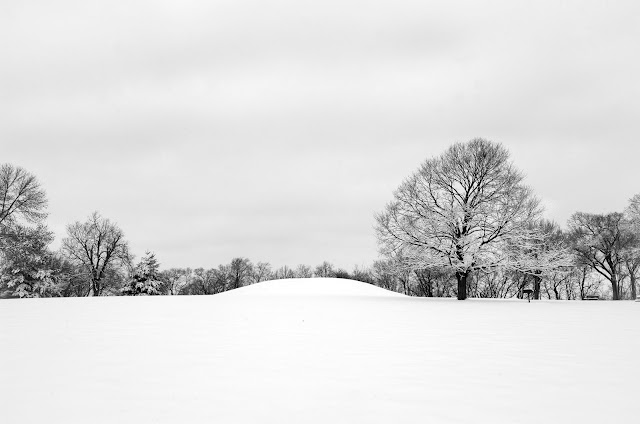 No meaningful snows this year in Northeast... here are a couple of shots from the past.  2011 Above 1990s below.  Top is digital image. Bottom is 4x5 black and white film scanned on an Epson 3200. 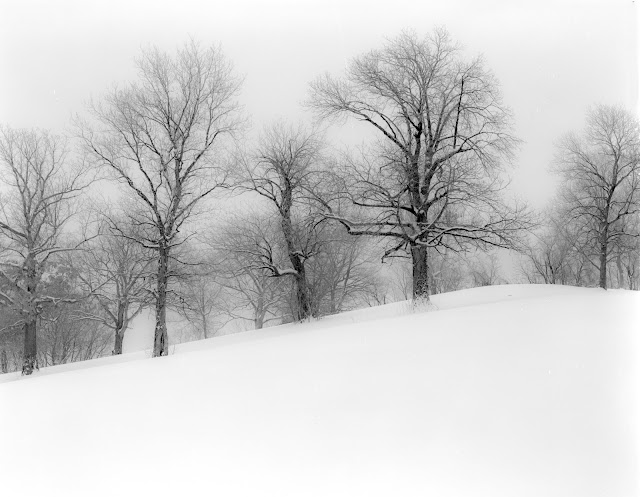 Posted by Hyperblogal at 11:09 AM No comments: 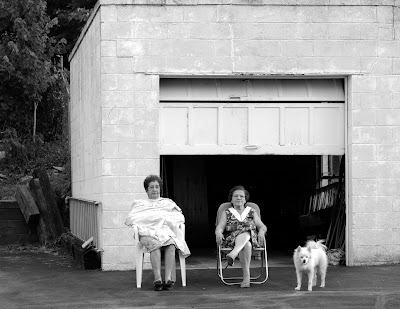 A Northeast scene. Two wonderful neighbors who sat in front of the garage each evening into the fall... Toyo View Camera, 180mm lens, t-max 400, exposure unrecorded. Taken September 15th, 1990. All have passed on now.
Posted by Hyperblogal at 2:43 PM 3 comments:

More images from the Herb Harper Collection. 90% of the negatives are 4x5. All of the negatives are black and white. So far the dates run from 1949 to 1952.... but I am only on the contents of box three out of 7. It's a tedious process to assign a file number, scan, write a brief blurb on what's in the image and then move on to the next. Most of the files aren't marked as to contents and there could be negatives of one subject.... i.e. W.T. Grants.... scattered throughout one box.
These show what the envelope said was "T.V. Mart".... although I suspect it's TV Market. The address on the front of the building is 3634 but could be east and west or north and south.... there is a reflection on the window glass from the building across the street. The signage on that is "Dr. Lilyhor Chiropractor". There is also a reflection of a cleaners that can be partially read: "...erles Cleaners." So the location can be pinpointed at a later date.
This is probably promotional work for the site showing that they have a full range of the latest models including those with phonographs and TVs as well as a repair facility (tubes anyone) and men who will make house calls.
Television was just coming into it's own around this time as the stars of decades of radio shows were making the move to the little screen.
The image of the man on his knee getting ready to fix the tv is an unfortunate double exposure... easily done back then when the 4x5 film was in negative holders (two to a holder) and you had to remember to take out the holder and turn it around for the next shot. 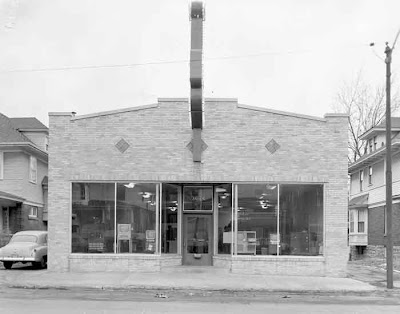 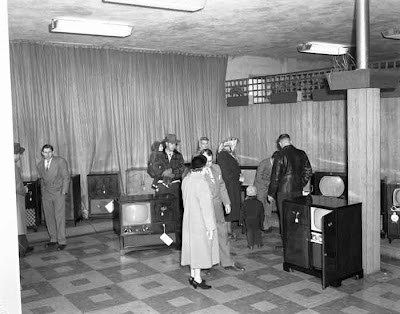 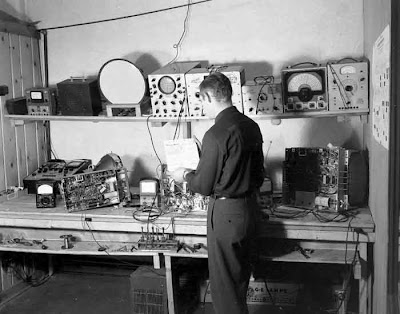 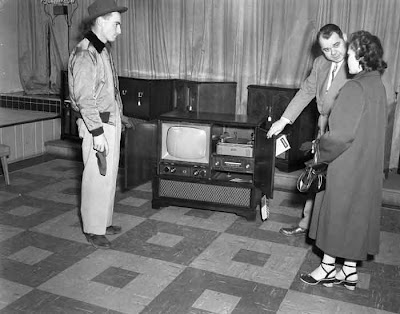 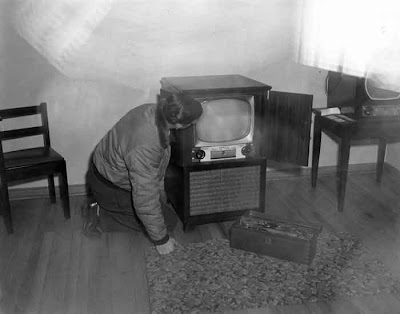 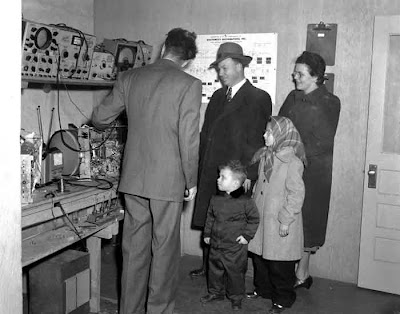 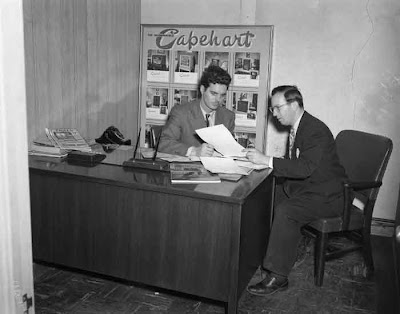 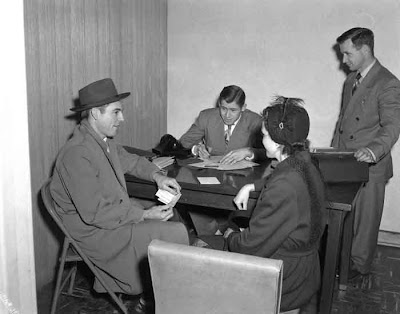 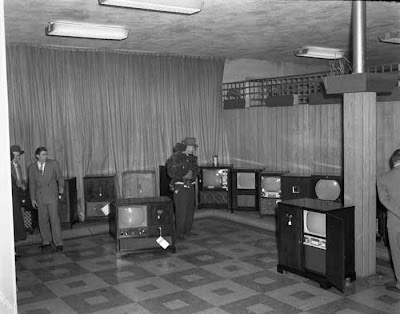 Posted by Hyperblogal at 3:18 PM 7 comments: